It Worked for Me: Moving from Employee to Owner

Adapted from an article in Whole Foods Magazine, 2015

From the time personal trainer Michelle Homrich was a part-time employee at Warren Nutrition in Grand Rapids, Michigan, she felt a strong connection to the store.

“It was a win-win situation for me,” she stated. “I was able to learn more about nutrition and help other people at the same time…. I still did personal training on the side, but I just loved the nutrition part of it.”

Homrich climbed the ladder at Warren Nutrition over a period of 10 years, eventually becoming a full-time manager. When the store’s owners chose to move on after 30 years and close up shop, Homrich decided to save the business and assume ownership.

“Over the years, I learned and watched and listened…. I knew there was a need to keep the store here. We had made connections with a lot of the customers. I just couldn’t see not being here for them…. So I just went for it!”

But Homrich didn’t want to just maintain the store she had grown to love; Homrich wanted to improve it and make it her own. So in mid-May of 2015, Homrich opened Lighthouse Nutrition, with two locations totalling 6,000 square feet in Wyoming and Grand Rapids. She overhauled the look of the stores and gave them more of a natural look and a warmer feel, “like you’re going home.” The stores still maintained their emphasis on sports nutrition, but Homrich wanted to bring in new, fresh offerings as well.

The name change to Lighthouse Nutrition has meaning to Homrich. “I felt like it was a gift that was given to me, to be a beacon of light to people looking for good health. People come in a say, ‘I heard this.’ Or, ‘I read that. I’m so confused.’ We just want to be a light that guides people to the truth.”

She added, “I and my employees want people to get the products that are going to help them. We’re not here just to make a profit. We want to help people.”

Marketing the new store took special effort. “We needed to get our name out there and let people know that it has a new name, but the same familiar faces are here,” Homrich stated. The store held some grand opening events that Homrich said were successful, drawing new and old customers alike.

Another change for Homrich was to bring in a special new office manager: her daughter, Melanie. The younger Homrich was preparing for a career as a social worker, but came on board at Lighthouse Nutrition and isn’t looking back.

Homrich says she and her daughter both love the business and working side by side, and plan to keep serving their local community for years to come. “You know you are doing what you are meant to do when it doesn’t feel like work,” said Homrich. 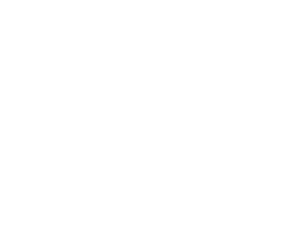